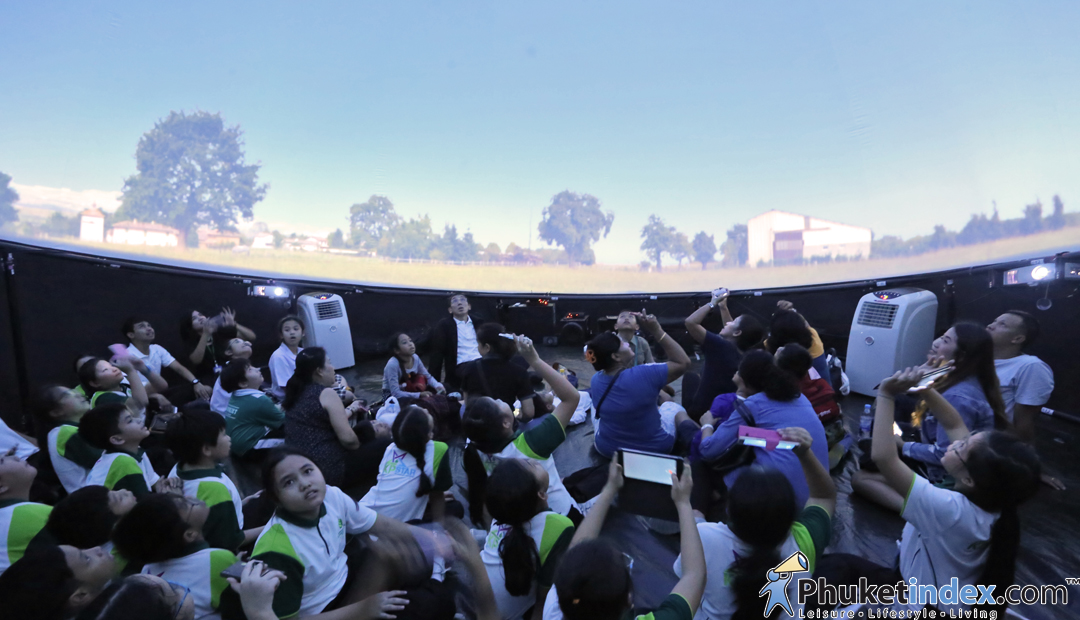 On 8th September 2017 – Phuket had an event “Star Party IOAA 2017”at Central Festival Phuket by National Astronomical Research Institute of Thailand. The event started 16.30 – 22.00 with many activities as show in FullDome DX4, science talk about Solar Universe and people who join the event can see the star with telescopes in this exhibition.