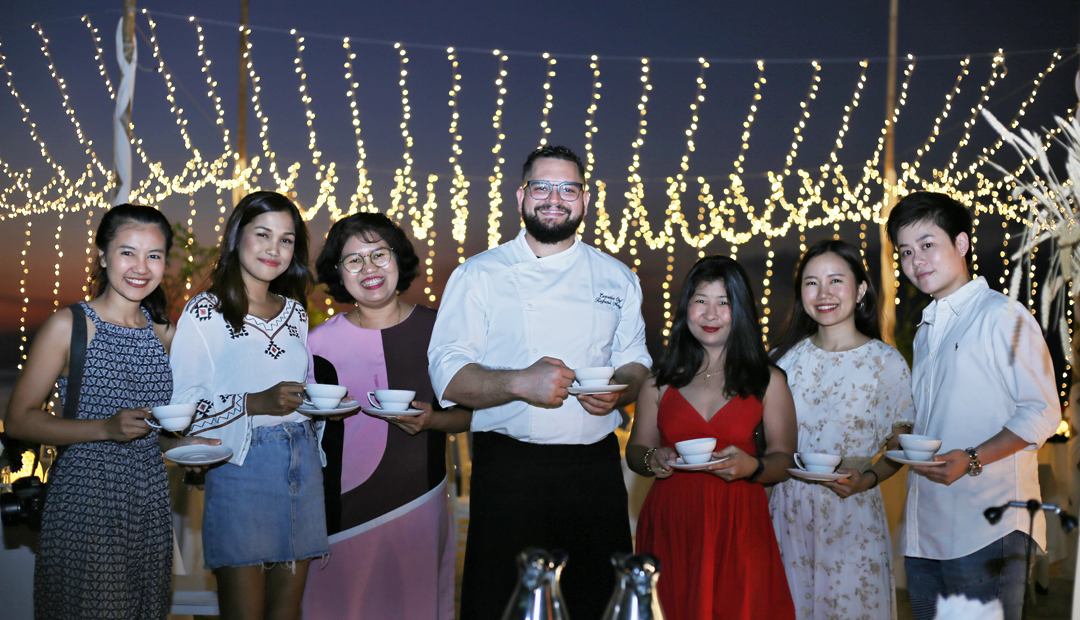 On Saturday 28th December 2019 – Dusit Thani Laguna Phuket held an event “Moroccan Beach Dinner”. The event was held to kick in year end celebrations with a chilled out Moroccan dinner featuring chef “Morad Rafaoui” from restaurant Bis, Montreux, Switzerland. Chef Morad Rafaoui is a Moroccan born who grew up in Italy. He started his career in 2013 at Restaurant La Maree, Switzerland. Later, he traveled around the world as a private chef for many celebrities. He is now an executive chef at a restaurant Bis in Switzerland. And Phuketindex.com was invited to join the event, not only delicious Moroccan cuisine we also taste Moroccan tea.