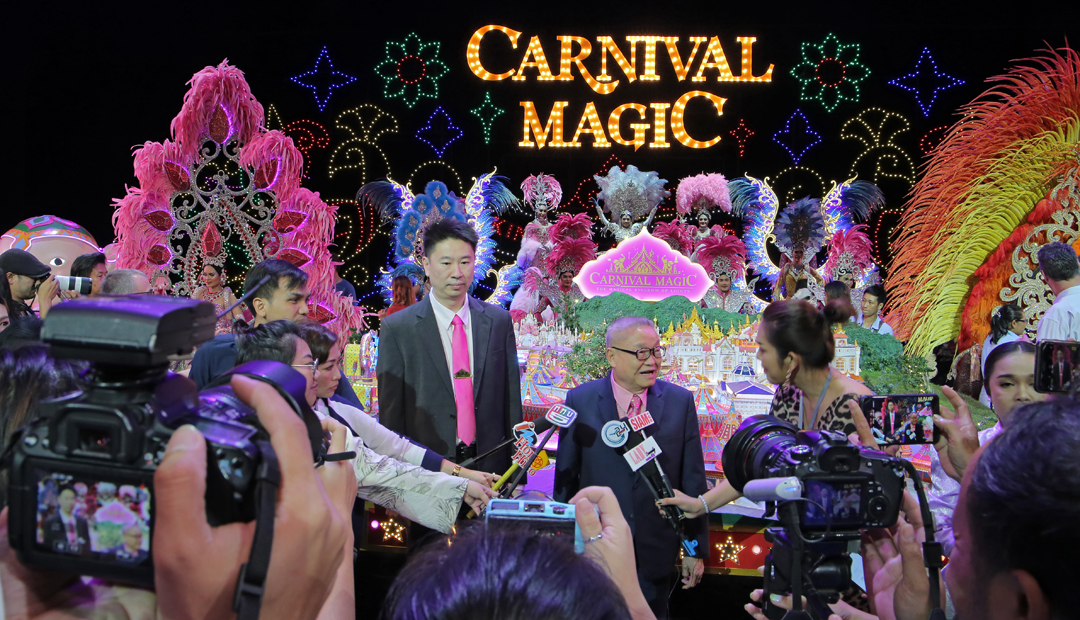 On 25 October 2019 – ‘Phuket FantaSea’ celebrates its 20th Anniversary with the grand opening of the world’s first Thai Carnival Theme Park in Thailand. Built with a budget of over THB 5 billion (USD$ 160 million) and spanning over 40 acres (100 Rai), Carnival Magic aspires to become an exciting new landmark tourist destination in Asia and is expected to attract over 1 million tourists per year with annual revenue of no less than THB 1.5 billion. Inspired by the many traditional festivals, carnivals and market fairs that abound throughout the Kingdom, Carnival Magic aims to establish itself as the very first Thai Carnival Theme Park, rejoicing in the vibrancy of Thailand’s rich cultural heritage and offering an experience unmatched by any other theme park on earth. ‘Carnival Magic’ project will be officially opened in early 2020.